BAT, explaining the science and R&D behind its e-cigarettes, was the only tobacco company to be featured in the program—testament to its experience and expertise in developing next-generation products, as well as its open and transparent approach. The company has been conducting scientific research on all aspects of its products for decades, and its entire approach to e-cigarettes is underpinned by responsible product stewardship; our research is published in internationally peer-reviewed journals, regardless of the result.

E-liquid, the part of an e-cigarette that is heated to form an inhalable vapour, typically contains nicotine, flavouring and excipient (glycerol, propylene glycol). With no tobacco or combustion involved, the amounts and levels of constituents in the resulting aerosol are substantially reduced compared to cigarette smoke. When quantitatively compared, the majority of harmful and potentially harmful constituents found in cigarette smoke cannot be detected in e-cigarette aerosol.

The much simpler composition of e-cigarettes is thought to be far less detrimental to cells and, although their use may not be entirely safe, evidence continues to suggest that e-cigarettes represent a reduced risk to health that is orders of magnitude lower than cigarette smoking1. 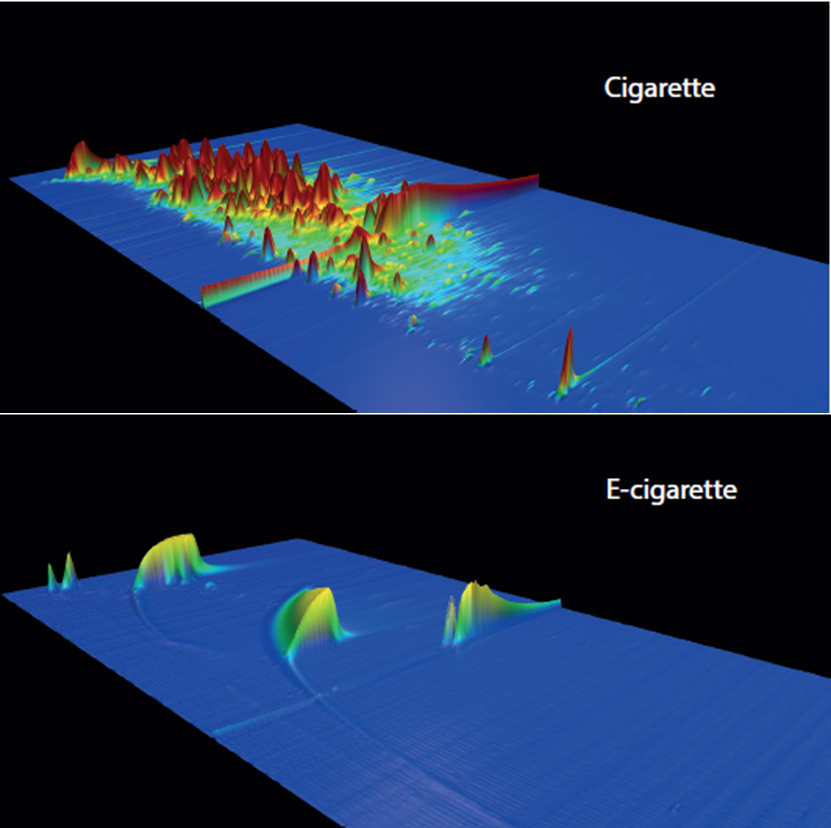 Assessments using several other in vitro tools, including cytotoxicity and mutation assays, also indicate that e-cigarettes are less harmful that conventional cigarettes2.

“Nobody says e-cigarettes are totally safe [but] the evidence today suggests they are 95 per cent safer than cigarette smoking”, says BAT Group Scientific and R&D Director, Dr David O’Reilly. “It’s supported by evidence that the chemistry of the vapour is completely different from combustible cigarettes.”

Although a switch from tobacco to e-cigarettes could potentially transform public heath, the risk of their long-term impact remains to be fully characterised. Continuing innovation and commitment to product stewardship are needed to deliver on the public-health promise of e-cigarettes and provide consumers with the safest possible products.