Innovating the manufacturing processes and reducing the levels of nitrosamines and certain other toxicants found in Indian smokeless tobacco may have the potential to greatly reduce the health risks of using them. As oral cancer approaches epidemic proportions in India, 2nd Conference of Frontiers in Prevention, Diagnosis and Therapy of Cancer (FPDTC) is focusing on the issue of tobacco and oral cancer internationally. 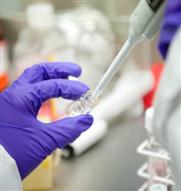 “The aim of the conference is to help visualize the newer and emerging aspects of research and evidence in oral cancers, and its potential impact at the population level and on public health policy,” said FPDTC’s Organising Secretary, Prof. Ravi Mehrotra. In India, roughly 85% of tobacco consumption is in the form of various smokeless tobacco products and oral cancer has become the most common cancer form. In other parts of the world with traditional usage of smokeless tobacco, the link between consumption of smokeless tobacco products and oral cancer is far less pronounced – in some cases, such as Sweden, it does not exist at all. ‘There is no question that Indian smokeless tobacco products are much higher in risk than US or Swedish products, with relative risks in the 10-20 range,’ Prof. Brad Rodu of The James Graham Brown Cancer Center at the University of Louisville, Kentucky told the FPDTC Conference.

‘It appears that these higher risks are possibly due to higher TSNA levels, other unknown contaminants and the addition of areca (betel) nut and other substances,’ he said. TSNAs are tobacco specific nitrosamines and are considered by some to be the most important carcinogens in smokeless tobacco. They are produced as result of reactions between nitrates and nitrites in the leaf during the curing process. Some Indian products also contain areca-specific nitrosamines, formed from nitrosation of arecoline (from the added areca nuts). Smokeless tobaccos are placed in the mouth and in India particularly their use is associated with oral cancer. By contrast, in Sweden, which also has high levels of smokeless tobacco use among men (over 20%), Swedish men have the lowest levels of oral and lung cancer mortality in Europe.

In Sweden, with about 9 million inhabitants, almost 1 million (22% of men and 3% of women) use a variety of smokeless tobacco called snus daily. During the last four decades the use of snus has begun to replace the use of cigarettes. Today only 11% of men and 13% of women are daily smokers. Swedish snus is a heat-treated, finely ground, moist tobacco sold either loose or in small pouches that are placed under the upper lip. The difference between Snus and Indian smokeless tobacco products is that snus has no added lime, catechu and areca nut and is very low in TSNAs.

The low level of nitrosamines is largely a result of the use of a voluntary manufacturing standard called GothiaTek. GothiaTek involves heat treating the tobacco, which sterilises the tobacco, reducing microbial activity and hence the level of TSNAs. Consumers still obtain nicotine, which in itself may not be especially hazardous, but in a form that is vastly safer than in cigarettes or some other, highly carcinogenic smokeless tobacco. “Over three decades of scientific studies have shown that the use of snus in Sweden is not associated with oral cancer, however consuming gutkha-like tobacco products in India makes it ten-times more likely for the user to get oral cancer,” said Dr Sudhanshu Patwardhan from UK. “The risk profiles are poles apart."

Aside from the manufacturing process, poor oral hygiene is another independent risk factor for contracting oral and oropharyngeal cancer, or OOSCC, said Odontologist Professor Gunilla Andersson of Malmö University. Citing a study by the Department of Oral Surgery and Oral Medicine, Malmö University at Sweden, Professor Andersson said the strongest risk factor for the development of OOSCC was oral infection with the high-risk human papilloma virus (HPV) of the same types as those associated with cervical cancer, irrespective of tobacco and alcohol consumption. The same study showed that regular dental check-ups constituted a protective factor. There is a growing consensus among scientists that the use of smokeless tobacco as manufactured in Scandinavia is also less harmful than smoking. In their report “The Scientific basis of tobacco product regulation,” the World Health Organisation Study Group on Tobacco Product Regulation states: “There is little question that, in general, smokeless tobacco products are less harmful than combusted tobacco products such as cigarettes.”

“Tobacco consumption plays a significant role in the pathogenesis of malignancies in the oropharyngeal region, especially in countries like India where these malignancies constitute up to 40% of all malignancies in males, and there is a need for science-and evidence-based policies to achieve tobacco control globally, said Prof. Ravi Mehrotra, FPDTC’s Organizing Secretary.