A new in vitro study has revealed that nicotine and cotinine, a metabolite of nicotine, can potentially inhibit DNA damage caused by a certain carcinogen in smoke. 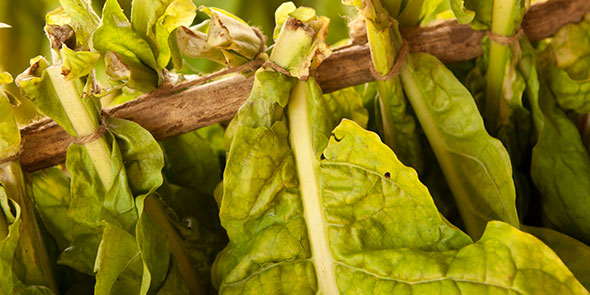 NNK is produced during curing of tobacco leaves

The carcinogen 4-(methylnitrosamino)-1-(3-pyridyl)-1-butanone or NNK is produced during the curing of tobacco leaves and ultimately ends up in the tobacco smoke. Once inhaled, it is metabolised in the lung and liver, where it is activated by a variety of enzymes called Cytochrome P450 (CYP). Previous research in mice has revealed that nicotine can partially interfere with the activation of NNK, and this has been corroborated by independent laboratory studies showing that nicotine and cotinine can inhibit purified CYP enzymes.

Now a new study by scientists at British American Tobacco and Vivotecnia in Madrid, Spain, has investigated what impact this inhibition of CYP activity by nicotine may have. The lead researchers, Patricia Ordonez and Ana Belen Sierra, incubated laboratory-grade liver cells (expressing CYP enzymes) with either NNK or NNKOAc, a form of NNK that is not affected by CYPs. They compared the effect of increasing doses of nicotine, or the nicotine metabolite cotinine, on DNA damage using the COMET technique. Results were compared with controls.

The results show that doses of nicotine and cotinine similar to those found in the plasma of smokers inhibit the DNA strand breaks caused by NNK – but not by NNKOAc – in a dose-dependent manner. The results suggest that nicotine and cotinine can potentially protect against one form of DNA damage (DNA strand breaks) caused by NNK in vitro, and that they do this by inhibiting CYP enzymes.

'The study highlights the complex interactions between NNK and nicotine,' explains Emmanuel Minet, Senior Scientist at British American Tobacco. 'Tobacco smoke is an extremely complex mixture containing chemicals that are constantly reacting and interacting with each other in a way that may enhance or inhibit their toxicity,' he says. Clearly, therefore, there are limitations to assessing individual toxicants in tobacco smoke and other complex mixtures.

Typically, tobacco smoke carcinogens are evaluated individually, and NNK carcinogenicity has been clearly established in systems using doses of a single chemical. However, these findings illustrate that the risk associated with a particular toxicant may be relative to the presence of other chemicals.

Moreover, the findings raise an interesting and potentially controversial question regarding unanticipated effects of reducing nicotine in tobacco products: whether such reduction could lead to an increase of one form of nitrosamine-dependent DNA damage.

However, the researchers caution that the study was on immortalized liver cells – not those of the lung, which express different CYP enzymes. Furthermore, there is no evidence that nicotine or cotinine have a protective effect on DNA strand break in vivo. They also point out that strand breaks are only one of many mechanisms through which NNK can damage DNA and those have not been evaluated in the study. The next step is to repeat the experiment using human lung epithelial cells.

The results are published in Toxicology in Vitro