Board appointment at British American Tobacco 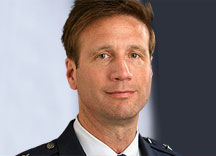 Commenting on his appointment, Richard Burrows, Chairman of British American Tobacco p.l.c., said: "I am delighted to be welcoming such a prominent and well respected expert in the field of tobacco harm reduction to our Board. This appointment further demonstrates our commitment to putting science at the heart of our business and I am excited about the role Richard will play in the development of our strategy."