A novel technique developed by scientists at British American Tobacco has made it possible to weigh the amount of smoke a person is likely exposed to when they take a puff of a cigarette. 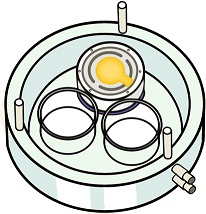 The development of this technique is part of on-going tobacco science research to develop tools and approaches to understand smoking in support of the development and assessment of potentially less harmful tobacco products.

The new technique, which is described in Chemistry Central Journal, was developed by combining two established technologies – a commercially available quartz crystal microbalance (QCM) unit (Vitrocell® Systems GmbH, Germany) and British American Tobacco’s in-house developed ‘in vitro lung’ exposure chamber (patent publication number WO 03/100417 A1). Using the combined technique, it is possible to directly quantify the dose from cigarette smoke particles on a cell. This is the first demonstration of QCM application for the assessment of cigarette smoke in vitro.

These measurements will enable the development of more relevant in vitro assays that more accurately reflect what smoker’s lung cells are being exposed to and is an exciting step forward in British American Tobacco’s work towards the assessment of the biological effect of cigarette smoke.

Before the QCM, smoke was measured in vitro as a ratio or percentage of smoke to air and involved multiple calculations to estimate the amount of smoke coming into contact with cells. This novel application now provides scientists with a very accurate and direct method to determine the mass of smoke in contact with in vitro cell cultures within the nanogram range.

Using the new technique, it has been calculated that each cell is exposed to between eleven and 1300 smoke particles per exposure, depending on the concentrations of smoke used. At the lowest concentration measured in this study, each cell’s exposure represents 400 femtograms (fg) of smoke particles, which have an average diameter of 400 nm, one fiftieth of the diameter of a fine human hair.

Tobias Krebs, Managing Director at Vitrocell® Systems, said: ‘The integration of the Vitrocell® QCM into British American Tobacco’s whole smoke exposure chamber has led to the development of a reliable, sensitive tool to assess whole tobacco smoke in vitro. We are pleased with the capability of this tool, which will ultimately help support industry needs to measure smoke particle deposition.’

John McAughey, Principal Scientist at British American Tobacco, said: ‘New tools will allow us to measure the weight of deposited smoke particles as a real number making our research more comparable to toxicological research in other areas and the results easier to share with other industries and researchers.’

The exposure chamber is an inexpensive hand-sized plastic device that can be used to study the effect of exposing human airway cell cultures to aerosols, such as cigarette smoke (Figure 1). After exposure, cells are examined for a number of endpoints such as cell toxicity, DNA damage, gene expression and other biological markers that are associated with cigarette smoke disease pathways.

The Vitrocell® QCM consists of a thin quartz disc held between two gold electrodes. It is a sensitive gravimetric balance that utilises the piezoelectric effect, associated with all quartz crystals, to weigh very small amounts. When mass (stress) is applied to the crystal, this induces a change in thickness, which in turn changes the frequency at which the crystal oscillates. This change in oscillation frequency can be measured and used to determine mass.
QCMs are used for a wide variety of applications including monitoring chemicals in polluted waters, the detection of virus nanoparticles and peptide membranes, and occupational environmental monitoring. 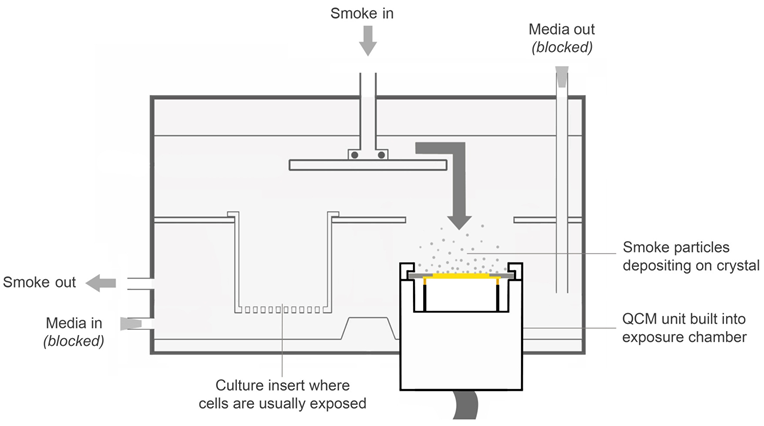 Figure 1. A cross-section diagram of the British American Tobacco exposure chamber which enables human lung cells to be exposed to cigarette smoke for toxicity testing. The microbalance has been installed  in the chamber to allow the assessment of real-time cigarette  smoke mass.